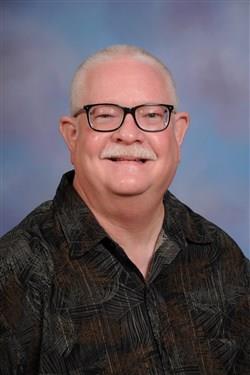 Life at Union College
Dr. Holdsworth has taught a mix of courses including Christian Beliefs, Christian Ethics, Biomedical Ethics, New Testament Greek I and II, New Testament Epistles, Revelation, Interpretation of Romans, Spirituality in Healthcare, and Global Environment and International Policy in the Division of Religion. He has also teaches Christian Healthcare and Bioethics for the Physician Assistant Program.

Academic Background
Dr. Holdsworth graduated with a BA in Theology from Columbia Union College in 1980, with minors in Education, Social Studies, and History. In 1987, he completed an MBA at Florida Institute of Technology, and in 2003 earned an MA in New Testament Studies at Newbold College (UK); his Master?s thesis focused on the social context of the Letter to the Ephesians. He completed his PhD at Durham University (Northern UK) in 2009. His graduate research concentrated on the book of Romans within its first-century context. The title is Reading Romans in Rome: A Reception of Romans in the Roman Context of Ethnicity and Faith and available at http://etheses.dur.ac.uk/214/

Professional Background
During College, Dr. Holdsworth spent a year as a Student Missionary, teaching conversational English and Bible. His teaching career continued at Orlando Junior Academy and Forest Lake Academy, in Orlando, Florida. Upon completing his MBA he worked for Florida Hospital and Adventist Health System for 11 years, eventually becoming Director of Corporate Planning. This was followed by two years of consulting with Lant-Holdsworth Associates in Change Management and Organizational Behavior. Regardless of his occupation, his passion to teach the Bible continued by facilitating adult Sabbath School classes at Markham Woods and Florida Hospital Churches in Orlando, Florida, and at Newbold College and Durham, UK. From 1998 to 2001 Dr. Holdsworth pastored two churches ? Plant City and Carrollwood, in Tampa, Florida. He is an ordained minister.

Topics of Interest:
Dr. Holdsworth has continued interest in Romans and its initial audience reception in first-century Rome, the interaction of Judeans and Egyptians in Rome, and the semantics of faith in the Pauline epistles from a non-Judean perspective. Other topics of research, writing and interest include the interaction of climate, geopolitics, economics, agriculture, religion and cultural change.

Family and other interests
Dr. Holdsworth?s wife, Ani, is of Armenian descent and was born and raised in Cyprus, with a short stint in Lebanon. She studied at Newbold College and graduated from Columbia Union College in 1980 with degrees in Communications and Commercial Art. She is a Freelance Graphic Designer. The Holdsworths were married in 1980. The Holdsworths enjoy walking, music, international food, and travel (not camping).
Finally, Dr. Holdsworth is owned by two cats: Delphi, named after the Oracle, and Julius, who thinks he is Caesar.