Under suspicion because of her ethnicity in WWII America, Ruth found refuge in an unexpected place.

Ruth Matsumura sat by her mother’s bed in the small, plain room. At 11 years old, she was mature enough to sense the importance of what was happening. Her eyes were on her mother who sat propped up on pillows, writing in a small black book. “I am writing down how often you should wash the sheets,” said Tokino Matsumura. She stopped and looked into Ruth’s eyes. “Women are strong. You must be the strength of the family. They must not see you cry.”

Time was running out for Ruth’s mother. No cure existed for breast cancer in 1937, and she would no longer be able to care for her mild-mannered husband, her daughter and three sons. So, she earnestly scribbled down housekeeping instructions and recipes. “Never fight,” she told Ruth. “People might cheat you, but you must never cheat them.” She tried to think of any advice that would help her daughter navigate the future without her. “Learn to play an instrument,” she said. “It will bring you pleasure for the rest of your life.” She paused, then spoke as if she was saying a prayer: “God will take care of you,” she said.

The immigrant family lived just west of Sacramento where James Matsumura farmed 17 acres of fruit trees. When his wife’s struggle ended, he buried her near the apricot blossoms.

The remnant of the family moved to the Bay Area and Ruth began attending Mountain View Academy. She earned her way by living with a family in nearby Palo Alto and helping with their cleaning and washing.

That job ended abruptly on December 7, 1941. The family told Ruth that she needed to leave. “We don’t want a Jap living in this home,” they told her.

She was still welcome at Mountain View Academy. Mrs. Wiest, the English teacher and a graduate of Union College, was especially kind, often inviting Ruth to her home and giving her little jobs as a way for her to earn money. Ruth’s friends wanted to protect this slight, sweet-natured girl who was more-or-less alone in the world. They were especially concerned to hear of plans to round up and imprison everyone of Japanese descent on the Pacific coast. Mrs. Wiest reached out to her former dormitory dean, Pearl Rees. Principal Westermeyer wrote to his brother-in-law, the business manager at Union College. “If there is any way you can accept this girl as a student, you will save her from going into government detention.” It was letters at first, but as time ran out, they picked up the phone to make expensive long-distance calls.

The army announced on Friday, March 27, 1942 that no one of Japanese ancestry would be able to enter or leave the West Coast “exclusion zone” after that Sunday. On the morning of March 29, Principal Westermeyer greeted Ruth at the entrance to Mountain View Academy. “You need to go back home and pack a suitcase,” he said. “We only have today to get you out of California.”

That night at the train station, Mrs. Wiest hugged Ruth goodbye. “You’re going to Union College,” she said. “They will take care of you.” As the train rolled through the dark Sacramento Valley, Ruth tried to imagine what Union College would be like, but her imagination collapsed under the weight of loneliness. “I didn’t know where I was going or what was ahead of me,” she recalled. Mile after mile she sobbed quietly. She wondered if she should have stayed behind to take care of her younger brothers and her father. What would happen to them? She knew she was blessed to have a way of escape, but the loneliness continued.

Ruth was one of the first two Japanese-American students to find a home at Union during the war, but many more followed. Read about a former college president's work to pull Adventist young people out of the prison camps.

After days of on the train, she arrived in Lincoln that Tuesday night with her one small suitcase. She was surrounded by Union staff. Pearl Rees was there with the college business manager, H. C. Hartman, and his wife. They tried to welcome her to this strange land. It was cold, that was for sure. Ruth had a spring jacket and only light dresses to wear. Her bare legs broke out in rashes. She doesn’t remember how long it took until she found a coat, but she knows that Ms. Rees made sure she got a hat and gloves immediately. The dean was of the opinion that “A lady doesn’t go to church without a hat and gloves.”

Ruth remembers the first time she stepped into the cafeteria. “The shocked students put their forks down and stared at me,” she recalled. Many had never seen an Asian before. It embarrassed her. “I told Miss Rees I didn’t want to go back to the dining room,” she remembered. But the dean smoothed things over. Soon Ruth was back in the cafeteria experiencing midwestern cuisine. One day, she tried a bite of cabbage. “I must let them know this is spoiled before someone gets sick,” she thought to herself. She did speak to the staff only to be told that sauerkraut was supposed to taste that way.

She was instructed to never leave the campus alone. The people of Lincoln felt no love for the Japanese in 1942. A gold star family ran a fruit stand down the street. Who knows what would happen if she crossed paths with this family who had lost a son in the Pacific conflict. On a shopping trip with Ms. Rees, a stranger pointedly asked if Ruth was Filipino or Japanese. It frightened her and all she could do was nod her head.

Ruth heard that her father and little brothers had been taken to a prison camp in Idaho where they lived and labored under harsh conditions. She would see them only once for the duration of the war. But in spite of the loneliness, she showed a spirit of gratitude. She liked her job in the furniture factory where she made chairs and baby play pens. “Mr. DeVice, the man in charge, was very kind to me,” she recalls. “I could work whenever I wanted to.” Mr. Jorgenson, the chemistry teacher, reached out to her and invited her to lunch at his home.

A high day came when a boy asked her to join him for the May Day banquet. She borrowed a gown and was disappointed to discover the young man had only wanted help waiting tables, not a date.

She remembers her friend Jaunita Lamb who invited Ruth to her family home in Iowa for Christmas. She didn’t know until later how much effort it took for the family to get a permit to bring a Japanese person to their town. Afterwards, she refused invitations to travel for the holidays.

Anonymous friends from her time in Mountain View Academy regularly sent five dollars to Ruth in the mail. She had no other means of support. “Remember that picture of footprints in the sand? I think I was just carried,” Ruth said. She had a sense that she was being taken care of, just like her mother had promised. God was showing up in the guise of teachers from Mountain View Academy, faculty at Union, and students who embraced her as a friend.

She chose to study nursing, remembering some of her mother’s parting words to her. “I hope you become a nurse, because you’ve been such a good nurse to me.” She finished her degree in 1946 and, with the war over, moved back to the West Coast. The first money she earned was spent on a memorial headstone for her mother. 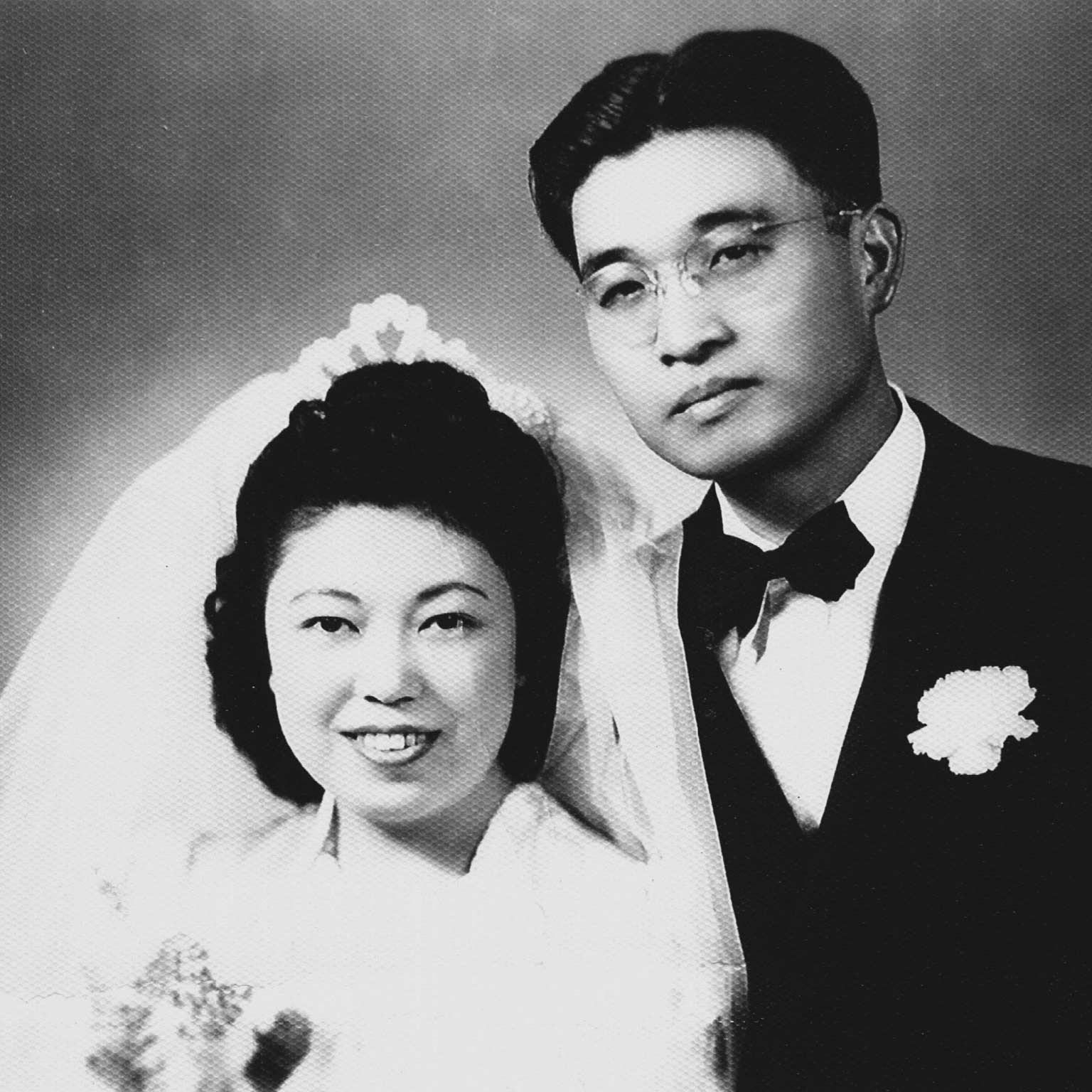 She married Ichiro Nakashima, a graphic artist, and settled in the Bay Area. He worked at the Pacific Press Publishing Association, and she spent most of her career at Stanford University Medical Center. “My life changed because I was able to get an education,” she said. So much that she has experienced depended on taking that midnight train to Lincoln. “I had to go to a strange country, but that country was very kind to me. I think God led me to Union College.”

Today she lives near her daughters in Sacramento. In the spring, Ruth takes them out to visit her mother’s grave where they picnic under the apricot blossoms. She keeps the small, black book her mother filled with instructions on the nightstand beside her bed. She has kept it there her entire life. “My mother said that God would take care of me, and He did.” Now at 98 years of age, she smiles. “And someday soon I’ll see how He did it.”

By Kim Peckham, director of communication strategy at Union College 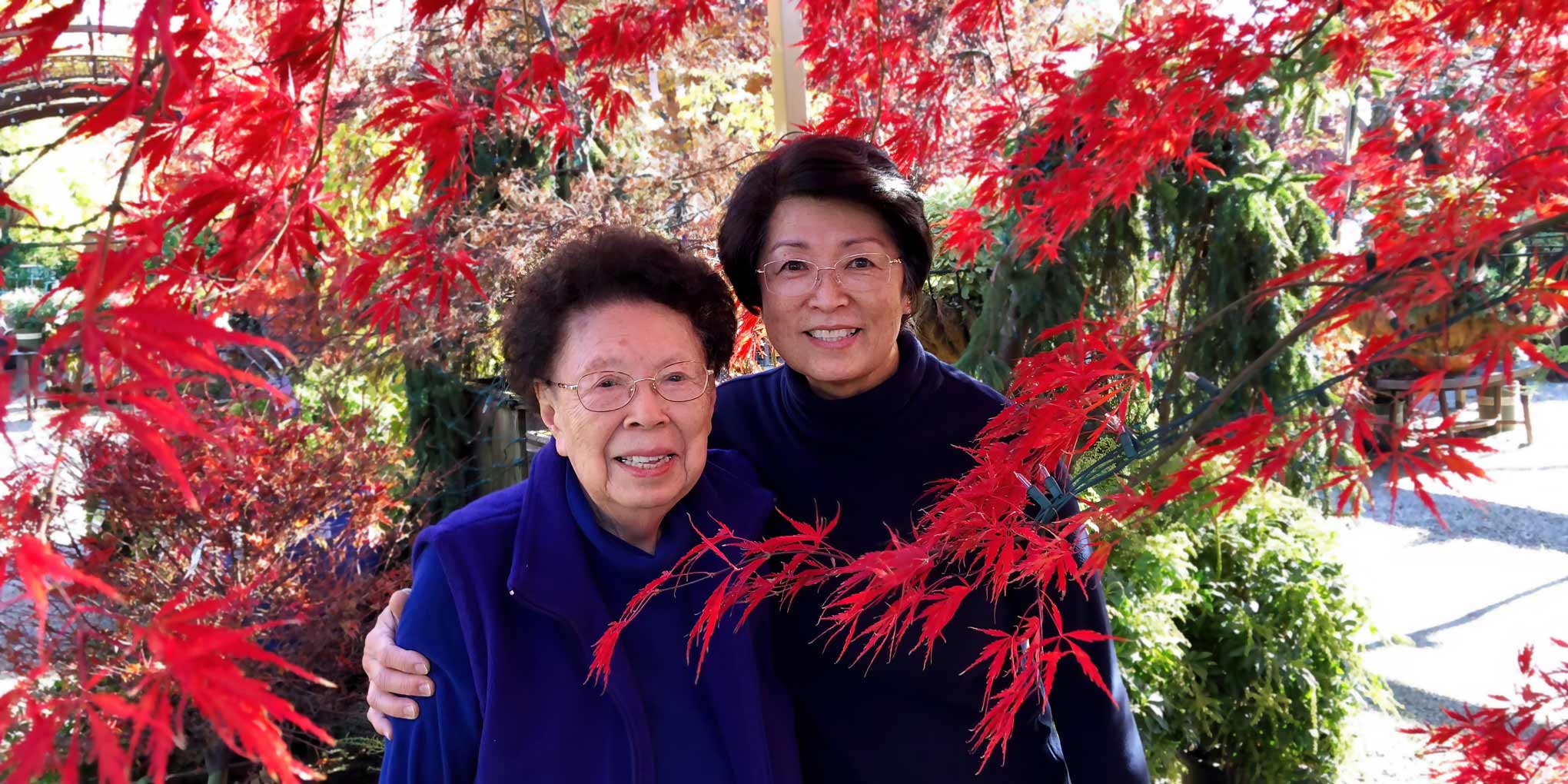 Ruth Matsumura Nakashima and her daughter, Cheryl Teruya, in 2018.