Faith soars over the tumbling floor 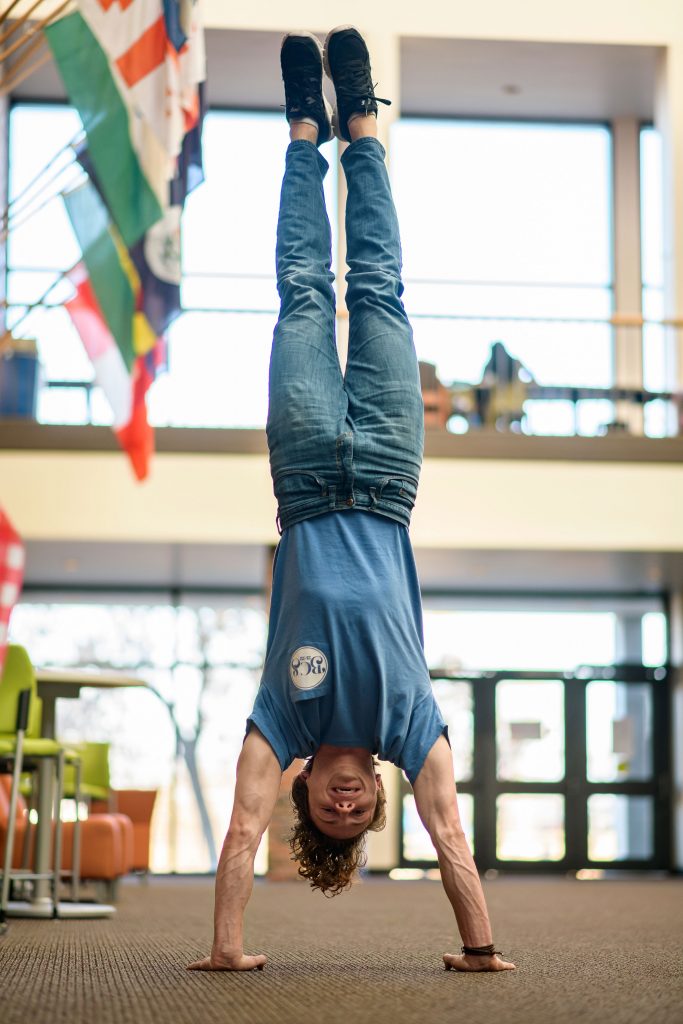 “My life doesn’t have purpose without God in it,” said junior business administration and mathematics major Devin Schlisner. “I can study all I want. I can get good grades. I can do well in sports. But my life doesn’t have meaning unless I put God in my life and I form a connection with Him.”

When Schlisner came to Union College as a freshman, he struggled to feel spiritually connected to God. “I don’t know why I was having such a big problem, but I was,” he said.

Things began to change when he joined the Gymnaires, Union’s acrobatic gymnastics team. “I love anything to do with gymnastics,” he said. “I did it for two years in high school and couldn’t get enough.” Not only did joining the Gymnaires give Schlisner the opportunity to juggle and tumble, but also to make new friends. Soon several of his friends on the team decided to begin a Bible study and invited him to join.

For more than a year, the small group has been meeting together after each gymnastics practice to read a chapter of the Bible and discuss it. “Our Bible study has been a really big blessing for me because it’s totally changed my relationship with God for the better,” said Schlisner. “I don’t think I would have joined if the people at Union weren’t as friendly as they are.”

Schlisner credited the community aspect of the Bible study group with showing him new perspectives. He said, “One of the best things about Bible study in a group is that all of us have different viewpoints on each verse we read. When we’re sitting there, I’ll see something and say, ‘hey, this is really cool,’ and then someone else will see something totally different that I wouldn’t have noticed if they weren’t there.” 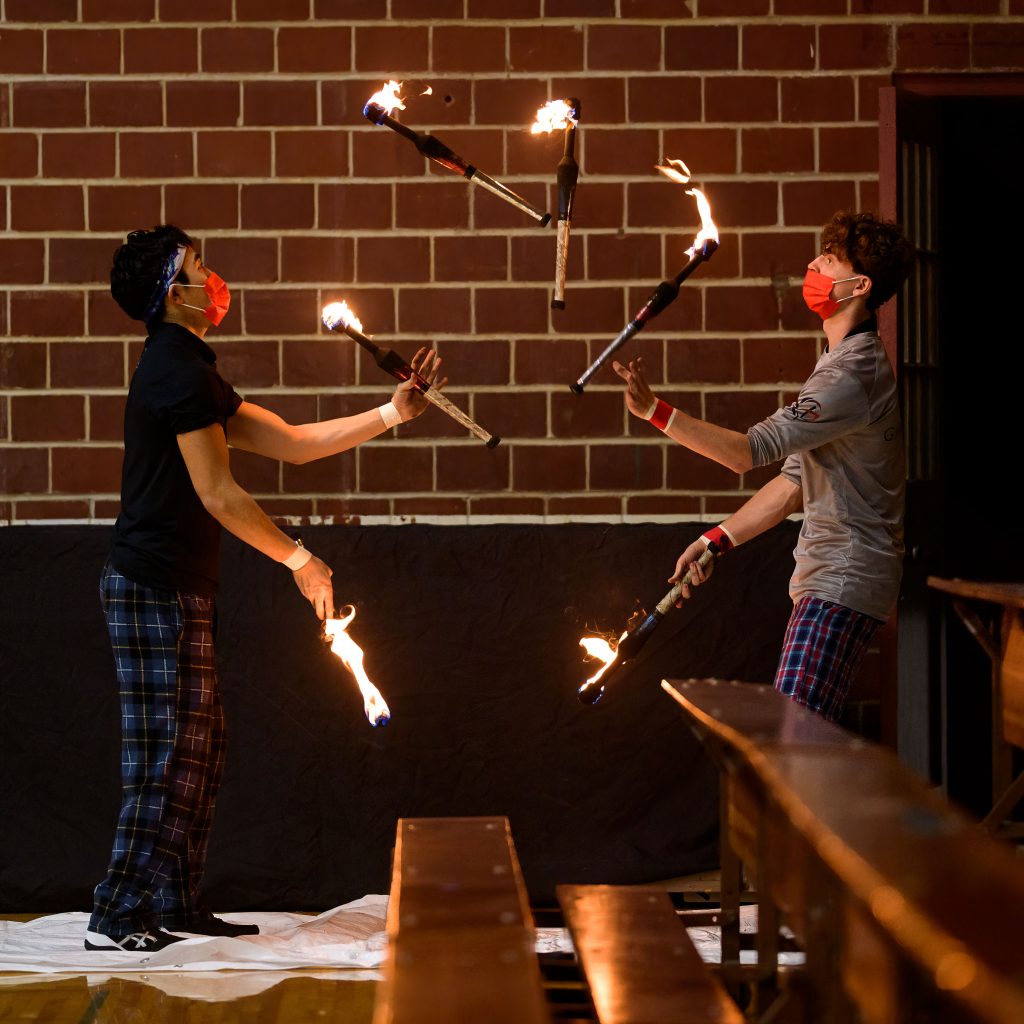 Although Schlisner was raised as a Seventh-day Adventist, his faith didn’t become personal until he grew older. He said, “When you grow up Seventh-day Adventist, you can sometimes end up just going with the flow. You go to church, you go to chapel, but it doesn’t become an important part of your life until you realize that it’s meaningful. Spirituality went from one of the last places in my life to my first priority when I realized that this world has a bunch of things that try to satisfy me, but that don’t mean anything.”

This year, Schlisner is one of the Gymnaires team captains. When he graduates, he plans to begin his career in the business world. “I want to work as an actuary for the first few years,” he said. “But I don’t want to do that my entire life. Eventually I want to come back to Union and get a degree in education, so that I can be a high school math teacher. I think that that would be a very fun job to spend the rest of my life doing.”

Whenever he can, Schlisner encourages others to spend time in scripture. “I think that sometimes people can be a little scared to dive into the Word of God to try to answer the questions they have. But I definitely think that more people should try it because it can lead to a lot of blessings. God isn’t just going to leave you alone; He is definitely going to be there to get those questions answered and to pull you to a better place.”