College can’t be all about classwork

Michael Cabrera sat at the lab table staring vacantly into the faintly greening liquid beginning to bubble as the Bunsen burner slowly warmed the flask before him.

The timer on his watch jarred him back to reality and he recorded another measurement on the paper before him.

This wasn’t what I signed up for, he thought to himself as he stared at the rows of numbers running together on the page. I can’t wait to get to gymnastics tonight. 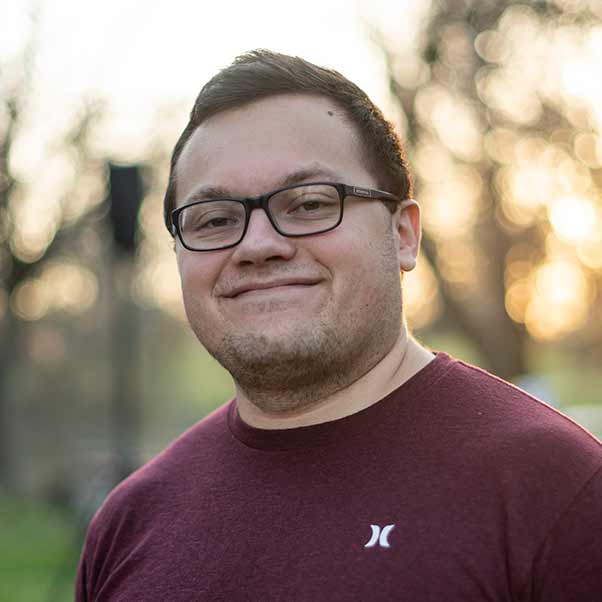 Even scientists need to have fun

Cabrera arrived at Union College in 2014 planning to earn an associate degree in engineering before transferring to another school to finish his bachelor’s.

“I’ve always enjoyed math,” he said. “I figured I might as well leverage that into something financially viable.”

But then Cabrera got into the science classes—especially chemistry. He enjoyed learning but really struggled with the long labs and the tedium of the experiments and research.

Gymnastics became his solace. He fell in love with acro sport his senior year of high school and tried out for the Gymnaires team when he arrived at Union. He enjoyed the physical demands and the teamwork required to create human pyramids, tumble and perform other types of gymnastics, acrobatic and cheerleading-type stunts.

As he completed his associate's degree, Cabrera’s bond with the team grew—not just because of the long hours of practice, tours and memorable events like hosting a national acrofest—but through challenging experiences such as when a team member suffered a severe injury during practice and another died in a car accident.

“Plus,” Cabrera said, “I’m an introvert. Being able to spend all these hours with people and making friends that way was much easier than talking to strangers.”

As he neared the end of his two years at Union, Cabrera knew gymnastics needed to be a part of his future educational experience. In fact, he considered switching engineering schools just so he could attend a university with a gymnastics team.

“I had a conversation with my advisor, Seth McNeill,” said Cabrera, who remembered sharing his love of gymnastics with his professor. “He told me that if hadn’t been in band in college, he would have gone crazy. I realized that you need to have something fun to do in your free time or you will resent school.”

His professor’s encouragement to stay engaged with gymnastics, his bond with Union’s Gymnaires and his increasing dissatisfaction with science classes prompted Cabrera to make a change.

“I’ve always been drawn to computers,” he said. “Ever since I was young, I was always messing with someone’s computer.” So he decided to stay at Union to earn a bachelor's in computer science after completing his associate degree in engineering.

Building a pyramid into a family

Throughout his time in college, gymnastics provided Cabrera with the life balance he needed to succeed. He appreciated the motivation to stay in good physical shape in order to perform. “I also had a dedicated ‘break’ built into my day,” he said, referring to the regular practice schedule. “For those two hours, I could be there in the moment and not have to worry about the paper that’s due.”

Cabrera spent more time with his teammates than with anyone else in college. He remembers the spring break tours to California, the halftime performance at an NBA game, and the support of an injured teammate as experiences forging a family bond that lasted even after they moved on from college. “The friends I still keep in contact with are all from the team,” he said.

After graduating with a degree in computing last May, Cabrera started his career at Aviture, a software engineering firm in Omaha, where he works on projects ranging from Air Force software to cattle accounting.

“I really enjoy it,” he said, thankful he allowed gymnastics to play a role in his college experience and in redirecting his career choice. “I think I found the right path.”