For Jenny Gann, finding ways to help people gain or regain independence brings a sense of mission. That's why she choose a career in occupational therapy, and why she is now preparing a new generation of therapists who will dedicate their careers to making the impossible possible again.

“We take for granted the ability to dress or feed ourselves every day,” said Gann, the director of Union College’s new occupational therapy assistant program. “But often injury or illness can make it impossible for someone to perform even basic tasks. As occupational therapy professionals, we find ways to help them learn or relearn ways to be as independent as possible. It’s an incredible experience to have that impact on someone’s life.”

Union’s new occupational therapy assistant program will launch in August 2019. The two-year associate degree prepares graduates for one of the top health care support careers in the country, which the Bureau of Labor Statistics predicts will grow by nearly 30 percent over the next 10 years and boasts a median salary of nearly $60,000 per year.

For Gann, practicing occupational therapy is about a lot more than job security and a good paycheck. It’s about the three-year-old girl she’s been working with who has a medical condition that doesn’t allow the use of her arms or legs.

“She was basically immobile,” Gann said.

The therapist worked with a wheelchair manufacturer to create modifications so the girl’s limited movement could maneuver a powered chair. “The first time she got in the chair, her face lit up when she was able to move across the room to her friends. That was pretty awesome.”

“Independence is important, even at a young age,” Gann continued. “And it makes a big difference for her parents. Now they can go to the store or on a walk without having to carry her. I love the moments when patients learn to do something on their own that was impossible before.”

Expressing creativity in a medical setting

Julie Capello worked as an occupational therapy assistant for 16 years before earning her doctorate and joining the faculty of Union’s new OTA program.

“I like to design and create,” she said. She worked with a 16-year-old boy who was electrocuted while working on a construction site. The injury led to the amputation of all four limbs. Capello created a variety of tools that allowed him to use what was left of his arms to feed and even dress himself.

“My goal was to show him he could do more than he thought possible,” she said. “I love the freedom to use my creativity to change the lives of my patients.”

Occupational therapy assistants work with occupational therapists to help patients meet their goals and return to independence. Union’s program will prepare students not only to pass the OTA board exam but to understand the value of serving people—both individual clients and the larger community.

The two-year associate degree requires one year of prerequisite science and general education courses, followed by 13 months in the core OTA program. Core OTA classes begin in August 2019 and Union plans to accept 18 students into the initial class.

Gann says the curriculum is designed around practical experience. “You will be out in the field the very first week of classes—observing therapists and learning how to interact with clients,” she explained. “We want to get students in as many different sites as possible so that they have an understanding of all the career options available to them.”

The core program is comprised of two semesters of classwork where students will learn and practice in a new simulation lab while spending one day a week in the field. The training wraps up with two eight-week fieldwork rotations working directly with a therapist.

“Union values teaching students to give back to the community,” said Fara Adams, the OTA fieldwork coordinator. “That’s why many of the clinical experiences will be at homeless shelters and community outreach organizations. We want our OTAs to understand diversity and the value of serving those who need it most.”

“There are a lot reasons to become an occupational therapy assistant,” said Gann. “OTA is a rewarding career that requires only two years of school and offers a good salary. But making a difference in people’s lives is worth more than a paycheck.”

Capello believes that same idea applies to a Union College education. “Union’s smaller size allows for a lot more one-on-one time with professors, which makes it easier to learn,” she said.

“I love seeing the excitement in a student’s face as they learn something new,” said Adams. “Plus we care about each student and won’t let anyone slip through the cracks.”

A great career in health care is possible. Find out how Union College can help make it happen at ucollege.edu/ota 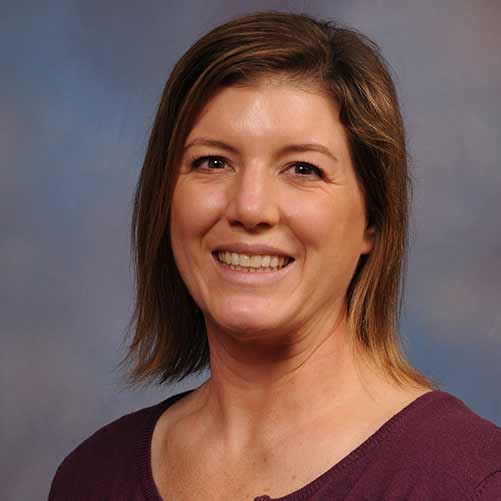 After working both as an occupational therapist and a nurse, Jenny Gann brings a unique perspective to occupational therapy education. She even worked both jobs at the same hospital. “That experience helped me understand both sides, and I was able to craft new policies that improved patient care in that facility.” 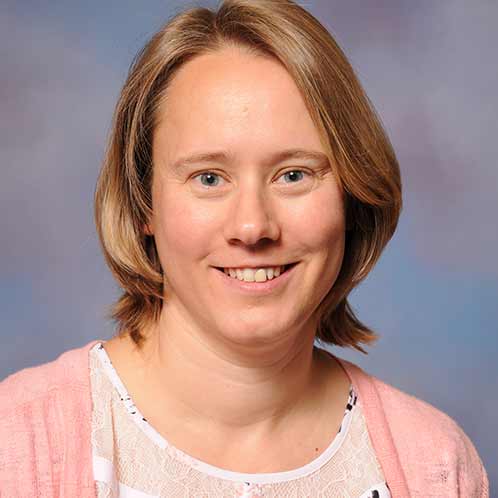 After working as an occupational therapy assistant 16 years, Julie Capello returned to college to earn a doctor of occupational therapy at Kettering College of Medical Arts in Ohio. She has a wide range of clinical experience, including pediatric home health, acute care, and both inpatient and outpatient rehabilitation.

Capello is no stranger to Union. During her doctoral program, she spent eight months in Lincoln helping to set up the new OTA program and was asked to join the faculty when she completed her doctoral studies.

She enjoys occupational therapy because it allows her to care for patients in creative ways. “I love to design treatments for my patients,” she said. “It give me freedom to use my creativity.”

As a faculty member, Capello will teach several of the core OTA classes. She earned her OTA degree from Baker College and a bachelor’s degree at Andrews University—both in Michigan. 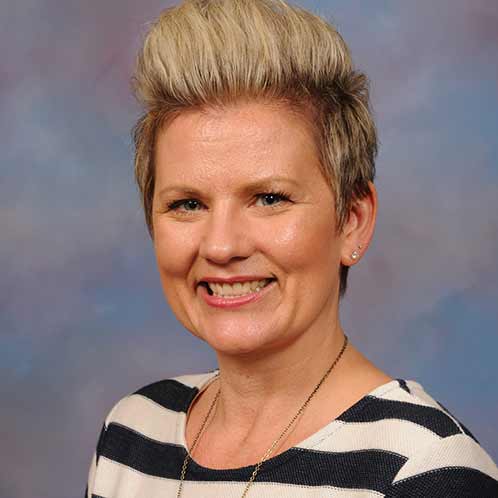 For her eighteen years as an occupational therapy assistant, Fara Adams has helped patients recover from major trauma such as spinal cord and traumatic brain injuries at Madonna Rehabilitation Hospital in Lincoln.

“I love being able to form a relationships with patients,” she said. “When recovering from major injuries,patients are in daily OT sessions for weeks. That gives you a chance to really get to know the patient and what is important to them. You celebrate every bit of progress together. We become a combination of their teacher, coach, and cheerleader."

She recently ran into a former patient at the grocery store. She had treated him several years before after he became paralyzed from the waist down following an injury. “He enjoyed working out before his injury, so as we worked through his grieving process and rehab, I took him to the gym. He really responded because it gave him a goal to shoot for. When I saw him recently, he was proud to tell me that he is still working out, living on his own and attending college.”

Adams coordinates all the clinical sites for OTA students to observe and do their fieldwork throughout the program. She graduated from Clarkson College in Omaha with an OTA degree.