Josh Wilson to perform at Union on Feb. 16 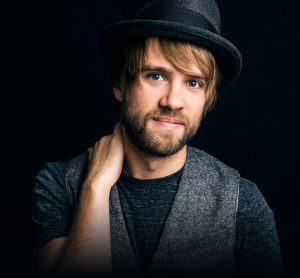 Josh Wilson, an ASCAP Christian songwriter/artist of the year, will perform for Union College’s Family Worship on Friday, Feb 16, at 7:30 p.m.

Josh Wilson is best known for the radio singles “Savior, Please” from his 2008 album Trying to Fit the Ocean in a Cup and “Before the Morning” from his 2009 EP, Life is Not a Snapshot. His most recent hit, “That was Then, This is Now,” came from Wilson’s newest album by the same tile, released in 2015.

Growing up in Lubbock, Texas, Wilson often listened to music or played it. After taking piano lessons, he also added drums and guitar to his growing collection of musical instruments.

After releasing a successful self-titled album in 2010 showcasing his single “Before The Morning,” Wilson released an album, See You, in 2011. The most popular song on the album is “I Refuse,” with “Fall Apart” a close second. The song “I Refuse” was inspired by the aftermath of the storms that flooded the city of Nashville, Tennessee in the spring of 2010, and deals with the idea that Christians should refuse to just stand by during times of suffering. He also released a Christmas album, Noel, in 2012. The most popular song on that album an original, “Jesus Is Alive,” which has become one of his most purchased songs.

Wilson has used his music as an outlet to talk about his very personal struggles with panic attacks and anxiety, as well as joke about finances, or lack thereof. “Last year, as I was working on this album, that darkness became tangible as I began to struggle with anxiety and panic attacks. At one point, I thought I might have to quit music altogether,” said Wilson to KLOVE about his 2013  album Carry Me.“But God promises to never leave or forsake us, and He kept that promise. As he carried me through the rest of the record.”

“I realized that there will always be darkness pushing me to hide,” Wilson continued. “At some point, though, every Christ-follower has to realize that we carry a sacred, burning light that is infinitely more powerful than the lies of the enemy. Your light might seem small, but even the smallest act of love can illuminate the shadows.”

Wilson will perform at 7:30 p.m. at the College View Seventh-day Adventist Church on Friday, February 16. Doors will open at 7:00 and the concert is free to the public.

College View Church is located at the corner of 48th and Prescott on the campus of Union College.