An Oasis of Hospitality and Home: The Ortner Center Brings the Community to Campus 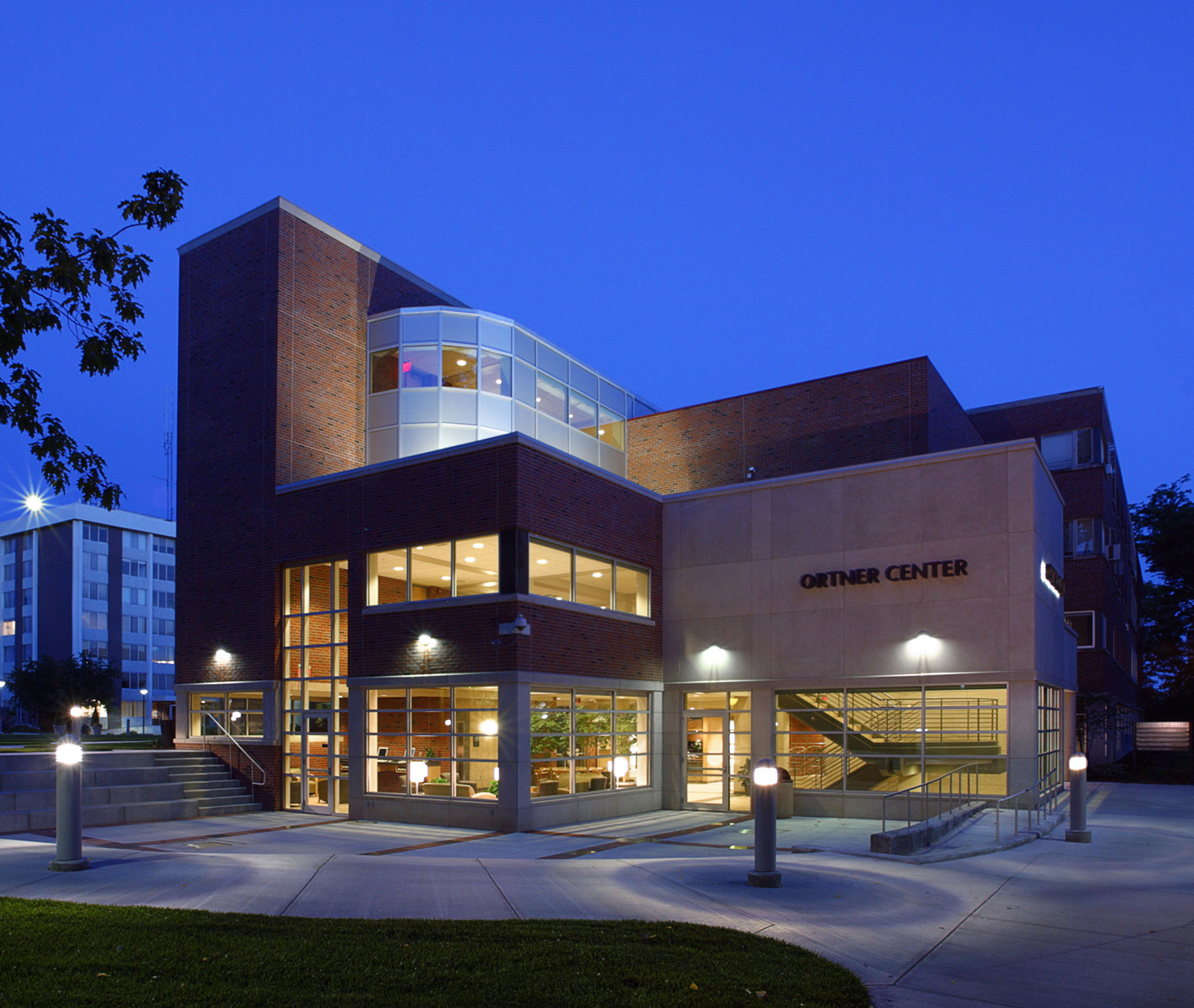 Union has a history of taking itself into the community, but the Ortner Center’s 14 guest rooms, conference facilities, and 24-hour welcome center have created an avenue to bring the community to campus.

While some groups were meeting on campus before the Ortner Center opened, once the college had a conference center and hotel space, the new facilities changed the face of on-campus hospitality. “The Ortner Center has helped introduce people from all over to our campus,” said LuAnn Davis, vice president for Advancement. “They may not have known Union College existed or the mission we represent, but they come here for meetings and enjoy their time here. We’re educating them about Union one person at a time.”

Along with guests for Union-centered events such as Parents Weekend, Homecoming and graduation, the Ortner Center regularly hosts individuals who are in town for family reunions, weddings, and funerals. Professionals attending satellite summer classes hosted by other Adventist colleges on Union’s campus, parents of students attending other local colleges, and even out-of-towners traveling through Lincoln and looking for a quiet place to stay the night have found Union’s campus to be an oasis.

“We hear a lot of positive comments about our students,” Davis said. “Because the Ortner Center is such a public space, it really helps create the Union College brand. The students who work there and the service orientation of the Ortner Center are part of that brand.”

College View residents have also felt the difference. At the first open houses for the Ortner Center, Sharon Russell, former guest services director, said community members told her they felt welcome on campus in a way they hadn’t before. “From the early days, there was no central place for meetings or community gatherings. Now, there is a place where the community feels welcomed and accepted.” She tells of a neighborhood resident who rents rooms in the Ortner Center for extended family every Thanksgiving. “It’s good for the community and good for campus. It gives us the opportunity to show what Union College is all about.”

A Home Away From Home

Before the Ortner Center, prospective students and their parents often stayed in hotels across town. Large school groups were hosted in the dorms, and sponsors often found themselves sleeping on dorm floors or bunking with students. But those days are long gone.

“That helps create a campus experience for parents and sponsors who are here with prospective students.”

Campus visit coordinator Rachael Boyd confirms that. “Having the Ortner Center facilities available elevates the professionalism of our visit program,” she says. The front desk at Ortner is a great help for visitors. Before, parents and sponsors might have had to go to a hotel—a place that doesn’t have the Union spirit—and they were separated from their kids. It’s a big win for us to have the Ortner Center for parents and sponsors. They can be close to their kids yet still give them privacy and freedom.”

Employment opportunities at Ortner are also a benefit to Union’s students. The facility employs approximately 13 students during the school year and seven full-time students during summers.

“The students who work here are hospitality specialists,” said guest services director Marcia Nordmeyer ’07. She joined the Union College staff in November 2014, and now, she says, she has her dream job, helping visitors feel at home and helping students hone their hospitality skills. “They get hands-on experience with service and learn to expect the unexpected. This job gives them a chance to exercise their communication muscles. The most practical learning is how to treat people well, communicate directions, find information when someone has questions you can’t answer, and above all, look for ways to help people.”

Because the Ortner Center functions as a hotel, Nordmeyer was able to join the Lincoln Lodging Association and create one more tie between Union and the larger community.

Seasoned Ortner Center student employee Stefani Leeper graduated in May 2017 with a B.A. in communication with emphases in emerging media and journalism. Working at the Ortner Center taught her valuable lessons she says she can apply to her professional goals. “As a small hotel, we deal with customers on a daily basis,” she said. “That’s taught me patience and interpersonal skills.” Training new employees, delegating tasks, taking initiative, and staying busy are other skills she’s strengthened. She added, “Hospitality applies to everything in our daily interactions.”

Lacee Rodriguez, psychology major and current Ortner Center employee, adds, “The Ortner Center has provided me with real-world job experience. We deal with people of different backgrounds; talking with them is a unique experience. I’ve built my communication skills and learned to humble myself to bring hospitality to people who visit campus.”

Sharon Russell, who served as the center’s first guest services director from 2004-2014, says that during her tenure she often heard from guests how special Union College students are. She shares that when Alvin Ortner first approached the school about giving a gift, his hope was that the school could use the funds to create a building that would open up the campus to the community so the community could see the kind of students who attended Union. “We are stewards of that gift and the gifts of so many of our alumni,” she said. “The Bible talks a lot about hospitality and how we are to be God’s hands and feet, participating in taking care of others. The Ortner Center is just one more way Union College meets that mission.”